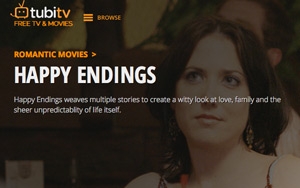 This is just another sign of the times. TV and mass media views are declining as digital web expands. This move just continues the trend for broadcast media,  TV and movie companies looking at alternatives.

This investment is with Tubi TV, owned by adRise, a company that starts up branded VOD apps. It is streamed on Chromecast, Roku, Fire TV, Xbox and the new Apple TV.

Founder and CEO  Tubi TV, Farhad Massoudi says: “Tubi TV’s mission is to make premium content accessible to everyone, everywhere, without having to pay more. Tubi TV will always be free.”  The company also notes that former Fox Television Entertainment Group Chairman Sandy Grushow,  has joined the board of directors.

The fact that MGM Lionsgate Partner with Tubi TV ad-supported, free-streaming video service is in line with other moves in the industry.  As Jason Klein on MediaPosts says: “The Internet encourages audience engagement in a way that television cannot, so we believe the system to measure this new world needs to be more than an adaptation; it needs to be an evolution.”  The new media digital platforms enable audiences to engage with programs beyond what the viewership data shows (live or time-shifted).  They are also more widely available and all this is why more fans engaged with the show “The Walking Dead” on the new media after its season  than viewed the broadcast shows on the night of their season premieres.

Plans for the reopening of global tourism vary as to END_OF_DOCUMENT_TOKEN_TO_BE_REPLACED