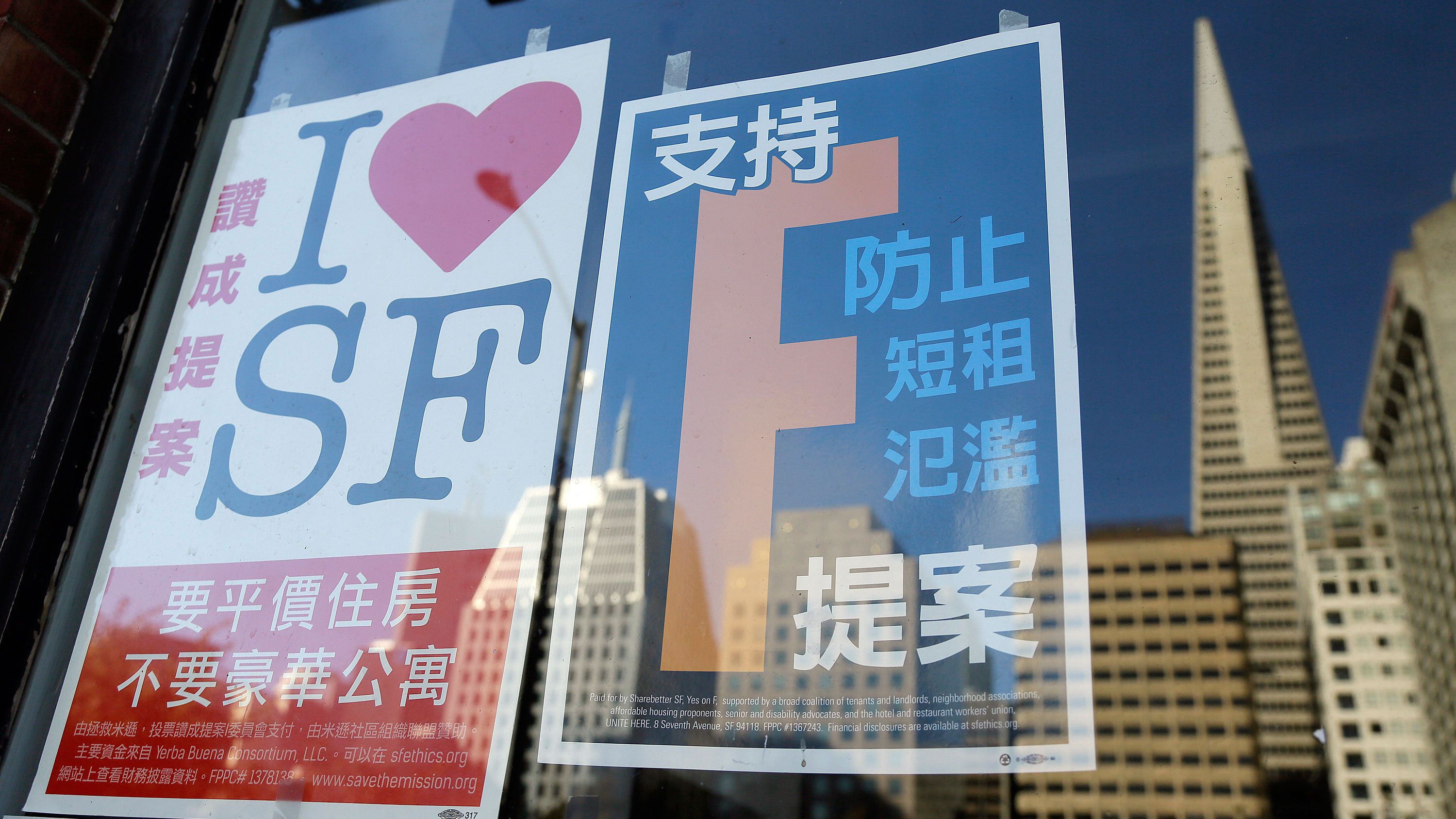 Airbnb has spent its  $8 million campaigning against proposition F well. The proposed legislation would have meant piles of paperwork and created a big brother environment where neighbors would spy on neighbors to report  they were within the limits.

The City initiative would have meant house renters could only let homes for under 90 nights a year. They undertook studies that showed how Airbnb has removed available housing for residence. A problem where 63% of homes are valued at $1 million or more and rents are now an average of over $4,000.

Airbnb refused to comply and did not share booking information. They immediately took to the air and the net to denounce the bill spending over 8 million $ to swap  opinion. Today we heard that Airbnb Wins Over San Francisco as Proposition F is defeated. Those who opposed the bill are rejoining that home owners will be able to rent their units without all the restriction proposed, and most importantly it puts a halt to the big brother spying that might have followed. In one of the most contentious initiatives of any city, it would have allowed people to sue neighbors who violate the new rules. This perhaps was one of the biggest factors perhaps for its defeat.

Still there are many who agreed with the proposal and many who believe that Airbnb should be required to at least report to city about their rentals. Some complain that sublets are violating rights of landlords with no recourse to Airbnb. In one case a landlord wanted to stop her tenant from subletting which was prohibited by their contract. Airbnb refused to help. As one person comment “Why would a landlord need a new law to evict a tenant who is obviously breaking their lease by subletting?”

According to Patrick Hannan, campaign manage for the No on F vote, had the proposal passed San Francisco would have been the only city in the world documenting where you sleep at night. As he says that does not happen anywhere not in north Korea, not even the Taliban in Afghanistan.”

For more on Prop F and Airbnb see previous post >>>>

A Spanish Treat Andalusia! Malaga and Sevilla- In this travelogue, END_OF_DOCUMENT_TOKEN_TO_BE_REPLACED

Plans for the reopening of global tourism vary as to END_OF_DOCUMENT_TOKEN_TO_BE_REPLACED