BuzzFeed is pioneering something we’ve never seen before: a Hollywood-style studio powered by data science.

Source: BuzzFeed Is About to Get $250 Million Because Digital Media Is the New Hollywood – The Content Strategist

In my book Digital Media, the second in the series on Marketing Hotels and Tourism, I argue that Digital Media is the new media. In just a few years it will be the way we communicate, share, entertain, message, advertise and do business.

Its happening right now. I am in rented space on a business trip. My TV is digital, it has its own keyboard and mouse pad and has access to the entire net. So its no surprise that convention broadcast company are buying up digital media platforms just like this article about by contently shows. As they say it has got massive funding because digital media is the new Hollywood “NBCUniversal has a handshake agreement to invest $250 million in BuzzFeed at a $1.5 billion valuation.”

As John Herrman of AWS says “we’re rapidly seeing user loyalty gravitate towards platforms where there are other people around to share in the fun: primarily social networks and chat apps. Facebook, Twitter, and Pinterest have all continued to grow steadily, while chat apps have absolutely exploded.”

At first publishers saw these platforms as traffic magnets fir their brands but these “social platforms and chat apps are now where everyone spends their time, because modern Internet users primarily want one thing: to get their dose of content and people all in one place.”

Facebook has taken a bold position saying to publishers that “Your websites are antiquated and inefficient. Publish content directly on our platform and reap the revenue rewards.” And so it was that instant articles was born and flourished for indeed many “publishers quickly accepted Facebook’s argument that their sites suck, including National Geographic, the Guardian, BBC News, The New York Times, BuzzFeed, and NBC News.”

Of course Facebook is taking that argument further hoping Hotels will also abandon their websites to embrace the FB platform. See Facebook Says Websites are dying – That however would be a tragedy as Hotel and Tourism Website are the only real property of the Brand and without a sustained brand tourism hotels may well become a commodity.

Th BuzzFeed deal, however, is the beginning of of a new way of thinking about media companies: “Not as publishers as they were during the print age and the first two decades of the web, but as something much closer to the digital media equivalent of Hollywood studios—creating content that is distributed and hosted on large channels outside of their control.” This is how hotels should see them and make them part of the marketing and branding strategy.

BuzzFeed, has embraced the new reality that publishing is ubiquitous now. “The company has largely moved away from its commitment to building a “full-stack” publishing experience where all user interaction is driven to BuzzFeed.com. That’s simply not how people are consuming content anymore.” So says BuzzFeed founder Jonah Peretti.

See the article at https://contently.com/strategist/2015/07/30/buzzfeed-is-about-to-get-250-million-because-digital-media-is-the-new-hollywood/

Get the latest Proven Strategies to Perfect Your Website & Brand Marketing 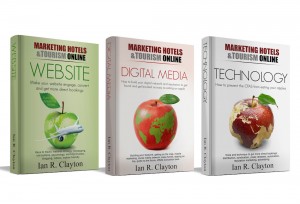 Plans for the reopening of global tourism vary as to END_OF_DOCUMENT_TOKEN_TO_BE_REPLACED

The Website Strategy Process is a set of techniques and END_OF_DOCUMENT_TOKEN_TO_BE_REPLACED