Google has pushed a core ranking algorithm update over the weekend. Did you notice ranking changes with your websites?

Source: Google Had A Major Core Ranking Algorithm Update This Past Weekend

it’s a real problem for ALL growing businesses!

It is big news for new site and we will follow this up and give you all the detail as they emerge.

Called the aging delay,  “Google Delays Ranking of New Sites” is going to effect all new site launches, new business and even changes to business names and website.

Keep tuned as we explore this issue and give you detailed advice on how to manage website, link building and even social media networks given that Google is actively delaying the rankings of new and less established websites, and it does not end there.

We will let you know how to get around it and what it means for platforms like YouTube. Will they be exempt and is so will new social accounts and profile of Facebook etc also be penalized. Will links from social platforms and new instances of  web2.0 properties have the same effect as they do now?

Not Penguin but A Core Ranking Change

Google confirmed this is  a core ranking change unrelated to the expected Penguin. We do not know what surprises will be in Penguin but if you are doing a SEO campaign it would be wise to wait to see what is in the new algorithm.

With all the reciprocal-linking and masked paid link strategies that artificially inflate link popularity, Google has had a number of  core updates on “aging delay”. Initially it was  a measure for PageRank but that was abandoned  some time ago and we no longer see updates to PR6 etc.  But the principles are the same; it is a way to evaluate the merit of the page and its rank in googles search results. We suspect that it will be applied to inbound links also, which is going to effect  a lot of Search Engine Marketing strategies.

Watch this page for more information 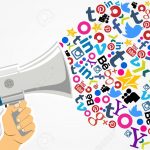 What are Bookmarks? Bookmarks are links from social media accounts END_OF_DOCUMENT_TOKEN_TO_BE_REPLACED

Google leads you into a new travel search experience on END_OF_DOCUMENT_TOKEN_TO_BE_REPLACED