Google Leads the Way with AI as Media

Called Viv it is a world-first. Demoed at  TechCrunch Disrupt NY . Similar to its predecessor Siri, “Viv wants to build a conversational and smart layer that lets you interact with various services”.  Viv goes further. There is a developer platform and an entire digital media behind it and one on which developers and users can add more services.

Viv is the new voice driven systems built by separate teams who are programming the programs of the new media. Media defined as communications, systems and data totally merged. And of course its intelligent.

This is the standard definition by the Business Directory: Communication channels through which news, entertainment, education, data, or promotional messages are disseminated. Media includes every broadcasting and narrowcasting medium such as newspapers, magazines, TV, radio, billboards, direct mail, telephone, fax, and internet. Media is the plural of medium and can take a plural or singular verb, depending on the sense intended. Source: http://www.businessdictionary.com/definition/media.html#ixzz48j0C9yQf

Its pretty inclusive but it does not cover Search as media or AI. We have proposed before that Search is a Digital Media in every sense of the work.
<a href=”http://axses-ianclayton.blogspot.com/2011/10/search-as-media-4-googles-hotel-finder.html”> search as media in travel,</a> and before that asked if&nbsp; <a href=”http://axses-ianclayton.blogspot.com/2011/09/is-search-new-media.html”>search was the new media</a> and looked at now I wonder what is not media.<br />

Perhaps it is all merging into AI. And perhaps it is no accident that the force behind the latest AI media is the the search giant Google.
No wonder  Google Leads the Way with AI as Media

The Verge on Viv is Next generation AI assistant

According to The  Verge  Viv, is a next generation AI assistant which google has been developing for the last 4 years. “The goal was to create a better version of Siri, one that connected to a multitude of services, instead of routinely shuffling queries off to a basic web search. During a 20-minute demo onstage at Disrupt NYC, Viv flawlessly handled a number of complex requests, not just in terms of comprehension, but by connecting with third-party merchants to purchase goods and book reservations.”  They go on to elaborate that Viv’s approach is  Messenger bots, that connects to multiple merchants and suppliers to execute a requests, find answers and  book reservations. Vivs tagline — intelligence becomes a utility — “sums up its goal of powering the conversational AI inside a multitude of gadgets and digital services.”

“The critical distinction here is between broad horizontal AI and specialized vertical AI. A service like x.ai, which shares investors with Viv, is focused on just one thing: scheduling meetings. It does this task very well, but it can’t do anything else. Siri, Alexa, Cortana, and their ilk are meant to be broad AI, able to handle a variety of different tasks. They act as the command and control bot, forwarding on queries to the appropriate bot for booking a hotel room or ordering flowers. So far Amazon and Facebook have been clear that their approach will aim to integrate with as many third-party services as possible. Siri and Google Now, on the other hand, have remained more closed off.  Source:  http://www.theverge.com/2016/5/9/11639992/viv-digital-assistant-ai-artificial-intelligence-siri

We have argued that search is media and  search is moving to AI – First in the algorithm that decides what to present as search result, that now has become the search brain and behind it is machine learning and AI. Now we see AI as a personal assistant and we see that it is a network delivering systems that learn what we want from  information, entertainment, communications, search results and ecommerce. It is the new Digital Media.

Get my latest book on Marketing hotels and Tourism – Covers Website – Digital Media and Technology in a 3 part series. 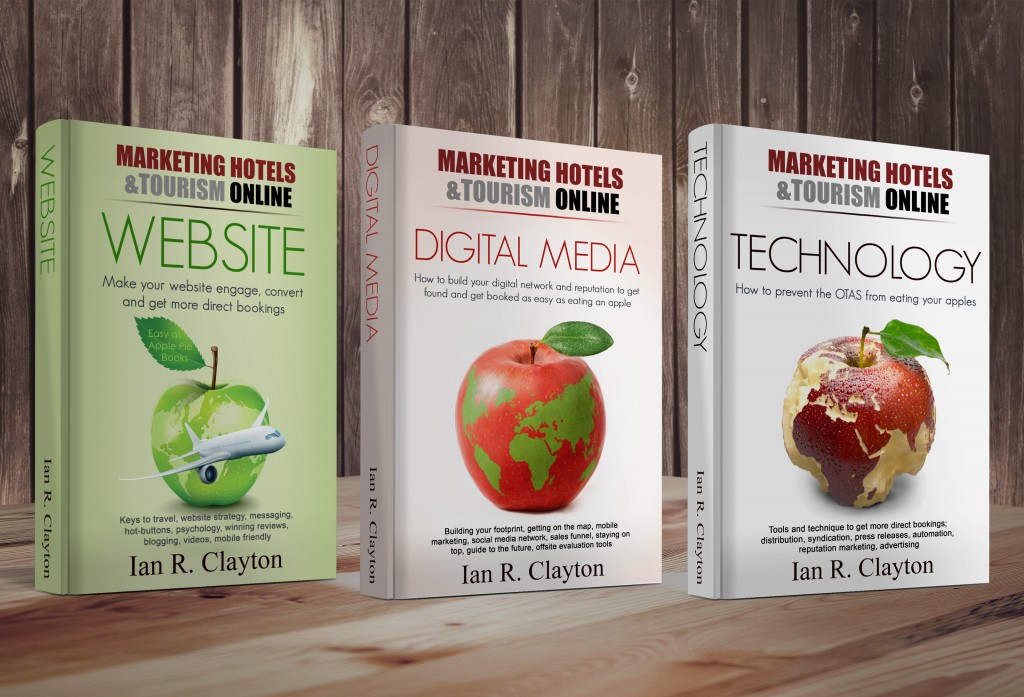 The failure of Thomas Cook, a huge travel brand, should END_OF_DOCUMENT_TOKEN_TO_BE_REPLACED