Is Google Plus a Flop | Fast Company

Plus-One This: Proof That Google Plus Will Prevail | Fast Company | Business + Innovation.

Dave Llorens, Fast Compan was suprised to find taht 99% of the people in Silicon Valley who he talked to about G+, think that Google Plus flopped and have written it off.

Further more he saya that “The remaining 1%, while willing to consider that it didn’t flop, are still so tepid that they refuse to stake any credibility on saying it will be successful (which I would measure as having the same level/range of active users as the other big social networks like Facebook, Twitter, LinkedIn, etc.). Articles written by that 1%, like this one, are all chock-full of “mights” and “maybes.”.

Dave however is more bullish on G+. He says “Google Plus is really Google’s version of Google. It’s the groundwork for a level of search quality difficult to fathom based on what we know today.”

It connects all the other Google products like YouTube, Google Maps, Images, Offers, Books, and more. Google is starting to consolidate all of this into a one user experience. And according to Dave “that snowball is starting to pick up speed and mass.”

But I’m willing to stake my reputation on the following statement: If Google Plus doesn’t have a staggering number of active users by the end of 2013, you can all come over to my office and pie me in the face.

Google knows when they have failed (Buzz, Wave, etc). It shoots those products in the head like zombies, and they move on. 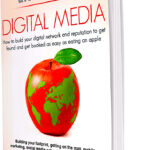 In the spirit on New Year 2021, I am gifting END_OF_DOCUMENT_TOKEN_TO_BE_REPLACED

Source: Will Instagram let us shop for travel? | WTM END_OF_DOCUMENT_TOKEN_TO_BE_REPLACED