Priceline.com CEO on the Death of Search Engine Optimization – Skift 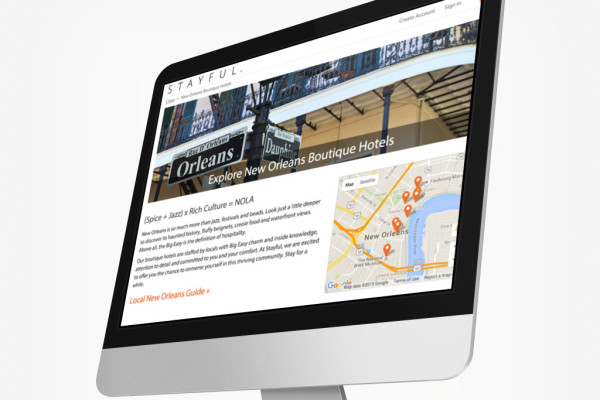 In this blog we summaries the proceeding covered in this Skiff article following the Skift Global Forum in Brooklyn. As usual we add our own perspectives and examples.

Priceline.com CEO Paul Hennessy sums up what he sees in the Search engine Optimization Marketplace with the short fact that we are looking at the death of SEO as and organic results.

Hennessy has a lot of authority on the subject having been chief marketing officer at sister company Booking.com, one of Google’s largest advertisers. “As far as SEO is, my view on that is it’s more of a desktop thought because as the devices get smaller and smaller and smaller, the number of choices from an SEO perspective on mobile decline dramatically. And so I believe it is a paid world. Google is an advertising engine and they drive paid traffic to advertisers. And I think that’s going to continue for quite some time. We will do our best to play in that environment.”

Travis Katz CEO of Gogobot, asked “Google’s obviously been a tremendous funnel for the Priceline Group” But “In the last couple of years Google has become much more aggressive at taking up a lot of the organic inventory for its own hotel metasearch product. How big a threat is that to the Priceline Group? Do you think Google is a monopoly in search and are they abusing their monopoly in what they are doing in the travel space?” “No” – says Hennesesy “I wouldn’t say they are a monopoly. They have great competitors around the world. We have been able to take the traffic off of Google and do a great job turning that traffic…customers into converted bookings for us. We will continue to do that.”

But the fact is that, on the question of monopoly: The Federal Trade Commission unanimously agreed that Google met the standard of a monopoly under U.S. law, but also that they are illegally abusing their monopoly in a way that harms competition and consumers and as such they did not take action after a lengthy investigation.

Many of the travel executives in the audience shared the sentiment that SEO is not as effective as it was previously and may well have its day limited.
Johannes Thomas, said: “Building a business on SEO traffic might be very risky nowadays, which was the case for Trivago several years ago.”

Johannes Reck, the co-founder and CEO of Berlin-based tours and activities provider GetYourGuide, argues that the search engine optimization versus paid search debate is not especially relevant anymore because “we’re already nearing the end of the purely search engine-dominated online travel world.” Reck doesn’t mourn the development, though, saying the advantage will go to travel companies that can pay for the top spot because they provide the best customer experience and are especially adept at converting lookers to Bookers.

Many also agreed that Google wants to control local search and shopping for travel. They have are tweaking the display so that consumers only see content from Google or ads. Its worse on mobile, where the entire first screen is ads, the entirety of the second screen is Google results. Only on the 3rd screen can a user find organic search content. The problem is not limited to mobile. On desktop, we are seeing a similar trend. with no organic search content above the fold for many travel related search, at least on the big ticket search words.

What we are seeing is Google using a monopoly to turn the web into their own walled garden where you may in the future you may only see content that Google control. And a lot of what we are seeing is advertisements. In 2012, Google started to penalize sites with many ads above the fold. Their statement was ‘As we’ve mentioned previously, we’ve heard complaints from users that if they click on a result and it’s difficult to find the actual content, they aren’t happy with the experience. Rather than scrolling down the page past a slew of ads, users want to see content right away…If you click on a website and the part of the website you see first either doesn’t have a lot of visible content above-the-fold or dedicates a large fraction of the site’s initial screen real estate to ads, that’s not a very good user experience. Such sites may not rank as highly going forward.’

“So what do they do on their own site?” Katz adds. “Tons of ads, no visible content.”

End of of Search Engine Dominance in Travel Marketing

Johannes Reck, Co-Founder and CEO of GetYourGuide puts it in perspective: “In my honest opinion, the question of SEM versus SEO is not highly relevant any longer. We’re already nearing the end of the purely search engine-dominated online travel world. The future will be much more centered around truly unique brands, differentiated inventory and strong mobile customer propositions.”

Priceline.com CEO on the Death of Search Engine Optimization – Skift

For more on Googles domination of search see https://marketinghotelsandtourism.com/new-google-hotel-finder-looks-like-an-ota/

Darren Huston on Business in Dubai Talks about Direct vs END_OF_DOCUMENT_TOKEN_TO_BE_REPLACED

This video delves into Brain Waves and the Reticular Activating END_OF_DOCUMENT_TOKEN_TO_BE_REPLACED