Another nail in the Merchant model coffin. Its not hammered in but its on its way. THe merchant model has lost its luster ever since Booking.com brought back the Agent model Now its under fire by the feds as they want to grab taxes on the retail rate and not the nett wholesale rates that expedia and Proceline negociate with hotels. Its going to hurt big time as specials are somethimes discount down to cost..

“State and local governments are increasingly critical of the “merchant model” used by online travel companies, saying it puts local hotels at a disadvantage and hurts revenue collection as municipal budgets shrink. States including New York and North Carolina passed legislation requiring payment on the full room price. In South Carolina and Georgia, state supreme courts ruled taxes were due on the full rate, not the wholesale rate.”

The merchant model OTA have been fighting this in lawsuits around the country for a while now. They claim “the difference between what they agree to pay hotels to list rooms for rent on their websites and what they charge customers is a service fee for “facilitating” the transaction, and thus isn’t subject to occupancy taxes”.

The tax man does not agree and the fight is heating up. 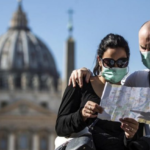 Plans for the reopening of global tourism vary as to END_OF_DOCUMENT_TOKEN_TO_BE_REPLACED 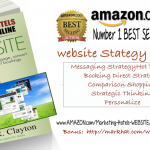 The Website Strategy Process is a set of techniques and END_OF_DOCUMENT_TOKEN_TO_BE_REPLACED 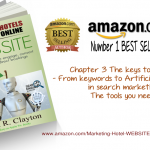 Keywords as Vital Today as a Decade Ago The first END_OF_DOCUMENT_TOKEN_TO_BE_REPLACED