The facts are that The U.S. packaged travel marketplace was flat in 2012 and is expected to achieve less than 3% annual growth from 2013 to 2015.

While Traditional travel agencies remain the largest distribution channel for packages (67%) despite growth in online packaging and supplier direct sales, Hotel own websites coninue to grow, as they “update their websites and expand in-destination ancillary bookings”.

Traditional Travel agency share is expected to be virtually flat from 2013 through 2015. OTAs’ share of the packaged travel market fell from 32% in 2011 to 31% in 2012, and it will remain at that level for the next few years.

n general, traditional vacation packages are stagnating as more travelers have begun to seek Internet options to create their own vacations, the study said.

According to PCW, the segment is having particular difficulty in appealing to younger consumers.

In the spirit on New Year 2021, I am gifting END_OF_DOCUMENT_TOKEN_TO_BE_REPLACED 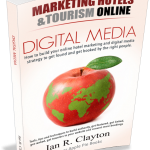 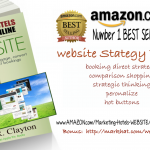 Amplify Your Brand With a Powerful Website Strategy Bonus END_OF_DOCUMENT_TOKEN_TO_BE_REPLACED