Google: talking straight or skirting the issues? | Travel Industry News & Conferences – EyeforTravel. Google says it not planning to be in the bookings business. Its facilitating people to book with who they want says Nigel Huddleston, Google’s UK Industry Head, Travel, Google controls 67.5% of the US search market, and over 80% of […]

Google+ Needs to reinvent as Cool

How to fix Google+ . According to Mark Schaefer “The reason Google+ has never gone mainstream is because the world does not want a better social network, It wants a COOLER social network and Google+ is not cool with the young people who could move it into the mainstream. – See more at: http://www.businessesgrow.com/2014/05/06/fix-google/?utm_source=twitterfeed&utm_medium=twitter#sthash.4mTmWA0b.dpuf

Priceline Seeks Results From Facebook as Google Wins Ads – Bloomberg. “For Facebook and Twitter, we have endless amounts of money. But we haven’t found anything there.” Chief Executive Officer Darren Huston said yesterday in an interview at Bloomberg’s New York headquarters. The comments lead the discussion as to which digital marketing media are most […]

Why Google+ Will Demand Our Attention in 2014 – Business 2 Community. Cant say these guys are not on the leading edge. Here are several moves which G+ is making that will impact tourism and all forms of Marketing –

Google Exec Shares 3 Trends Shaping Travel Rob Torres, head of Google’s travel industry practice, shared three key trends shaping the hotel industry during the Hotel Data Conference. Here is my brief summary – its very brief so please read the article for all the details. 1. Hospitality  preceded the stay and extends beyond it.  […] 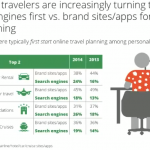 Why On-Page SEO is not working for Hotel Marketing – END_OF_DOCUMENT_TOKEN_TO_BE_REPLACED