What Happens to Travelocity Under Expedia Ownership? – Skift 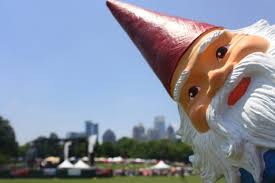 What Happens to the Travelocity Brand Under Expedia Ownership? – Skift.

The deal is done, Expedia now owns Travelocity, and the roaming Gnome is hot to trot. Its a $280 Million eal that looks good for the Gnome.

“The Roaming Gnome himself whispers to us that he is very happy about the Expedia acquisition of Travelocity. It was touch and go under Sabre ownership for such a long time as Sabre, with priorities elsewhere, totally bungled ownership of Travelocity and Lastminute.com.”

A big reason for Expedia to buy Travelocity was to take control of its marketing. “While Expedia ran much of the Travelocity operation behind the scenes, Travelocity still did its own marketing and Expedia had no control over it, and little visibility into what kind of resources Travelocity would put into the marketing effort.”

Now Expedia gets to control Travelocity all the way, including its marketing activities.

The Roaming Gnome, Travelocity’s mascot/advertising spokesperson since 2004, has already lived nine lives. It was depreciated and brought back to prominence when Travelocity shuffled advertising agencies a few years ago.

Expedia says the Gnome will continue to be central to Travelocity marketing “as long as the Travelocity team wants it to.” But where Expedia can most help Travelocity is in search engine marketing. this has long been a weakness for Travelocity and it is one of the areas that Expedia excels in.

The failure of Thomas Cook, a huge travel brand, should END_OF_DOCUMENT_TOKEN_TO_BE_REPLACED

Google Hotels, which used to be Google Hotel Finder and END_OF_DOCUMENT_TOKEN_TO_BE_REPLACED