The Facts and Figures on the Power of Visual Content Marketing – Jeffbullas’s Blog. See some more facts and figures below in the Infographic. Infographic courtesy of the On.com Team. Also see our blog on latest Technology for Visual Tourism Marketing Click Here >>>>

2013: The Year Social Media Went Copycat – ReadWrite. The top social networks implemented changes in 2013 that mirror one another: From messaging to putting images formost on everything.  In particular RW says 2013 was the year of the Visual Web. Pinterest was valued at almost $4 billion, dwarfing Instagram’s $1 billion acquisition one year […]

The Triumph Of The Visual Web – ReadWrite

The Triumph Of The Visual Web – ReadWrite. Brands are moving to the Visual Web because they can make an impression if less obtrusive ways than on other sites. Facebook may be taking flack for its invasive new auto-play video ads, but Visual Web sites are faring much better. In our own experiments with visual […] 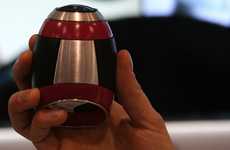 The Tamaggo 360-Imager save time, money and even battery life demanded to take panormatic photos. Its an imaging experience un-matched by any other handheld photography device says Tango. Also its so easy to use that “users do not have to worry about focusing and the camera will know what to do if being held horizontally […]

Today on the CBC I listened to a conversation about END_OF_DOCUMENT_TOKEN_TO_BE_REPLACED

How marketing has changed to snackable content snips with high END_OF_DOCUMENT_TOKEN_TO_BE_REPLACED